9 festivals should not be missed when coming to Nha Trang

Nha Trang Sea Festival is a festival held every 2 years. The Nha Trang Sea Festival was held for the first time in 2003 and now has gone through 8 periods and is the most spectacular event to be held in the coastal city of Nah Trrang and is also a meeting place to attract many tourists love the city. beautiful coastal city. It was invested and elaborately built as if to appreciate all visitors who have come and love Nha Trang – Khanh Hoa.

2.THE FESTIVAL OF THE LORD 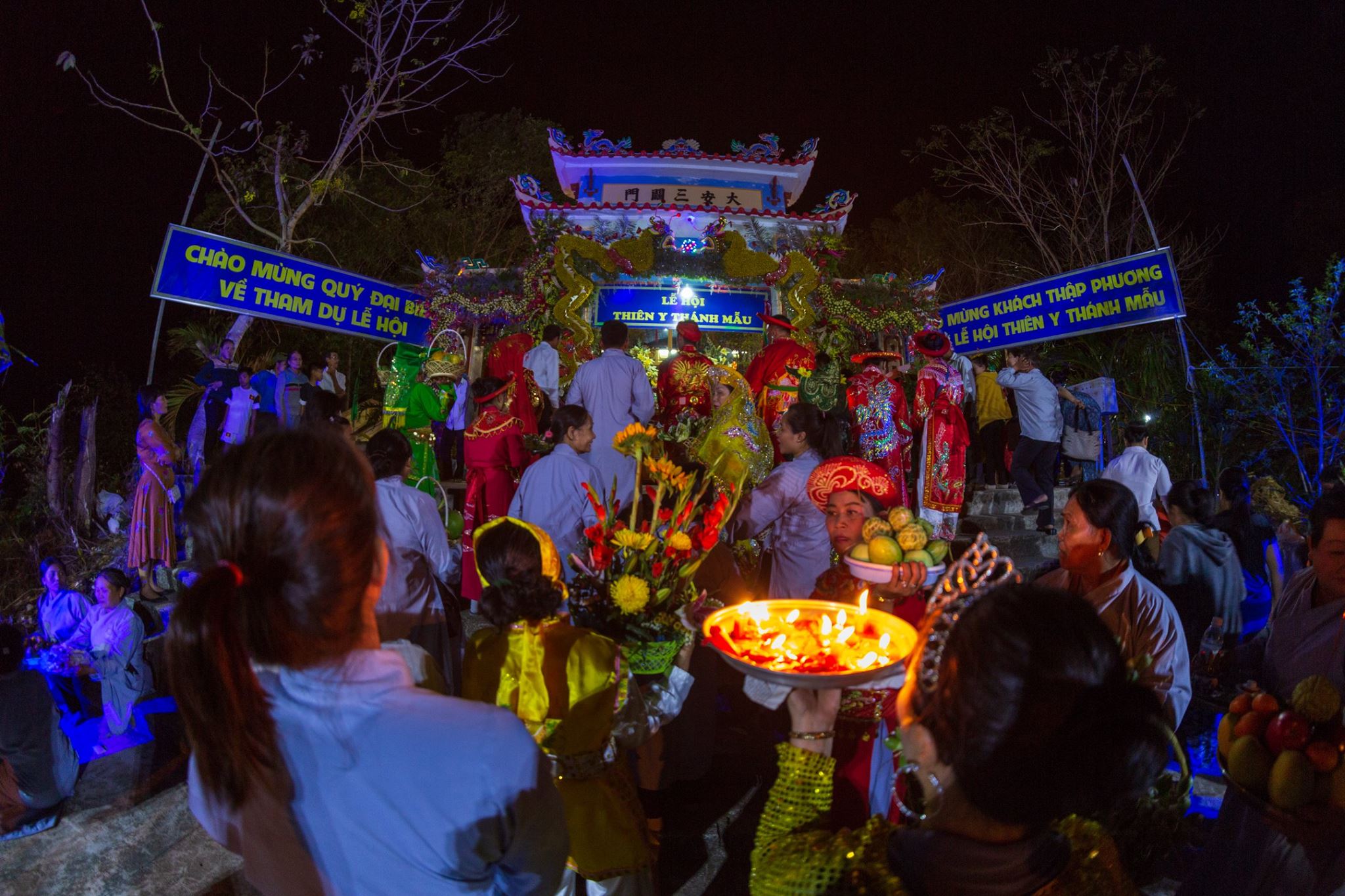 Am Chua festival is an occasion of flexible cultural activities, so that the people can inaugurated express their hearts “Drink water and remember the source”, thank the Mother of the Land.

Am Chua Festival, also known as Thien YA Na Festival, is held from the 1st to 3rd of the lunar calendar every year at Am Chua Cultural and Historical Site (Dai An mountain, Dien Dien commune, Dien Khanh district) , Khanh Hoa province ). This is an occasion of flexible cultural activities, so that the people of Khanh Hoa in particular and visitors from all over the country in general will express the heart of “Drink water and remember the source”. Grateful to Mother Mother of the Land for teaching Khanh Hoa people how to plow, cultivate mulberry, raise silkworms, weave cloth, etc.

Whale festival or often called Ca Ong takes place at Lang Ong – Nha Trang city is held annually on the day of his dysentery and two sacrifices. Through many ups and downs and changes of history, the Whale festival still retains great spiritual value in the spiritual life of the people of Nha Trang city.

Many tourists visiting Nha Trang on the occasion of the festival are very excited to discover a traditional beauty of the coastal fishermen. Especially, every holiday 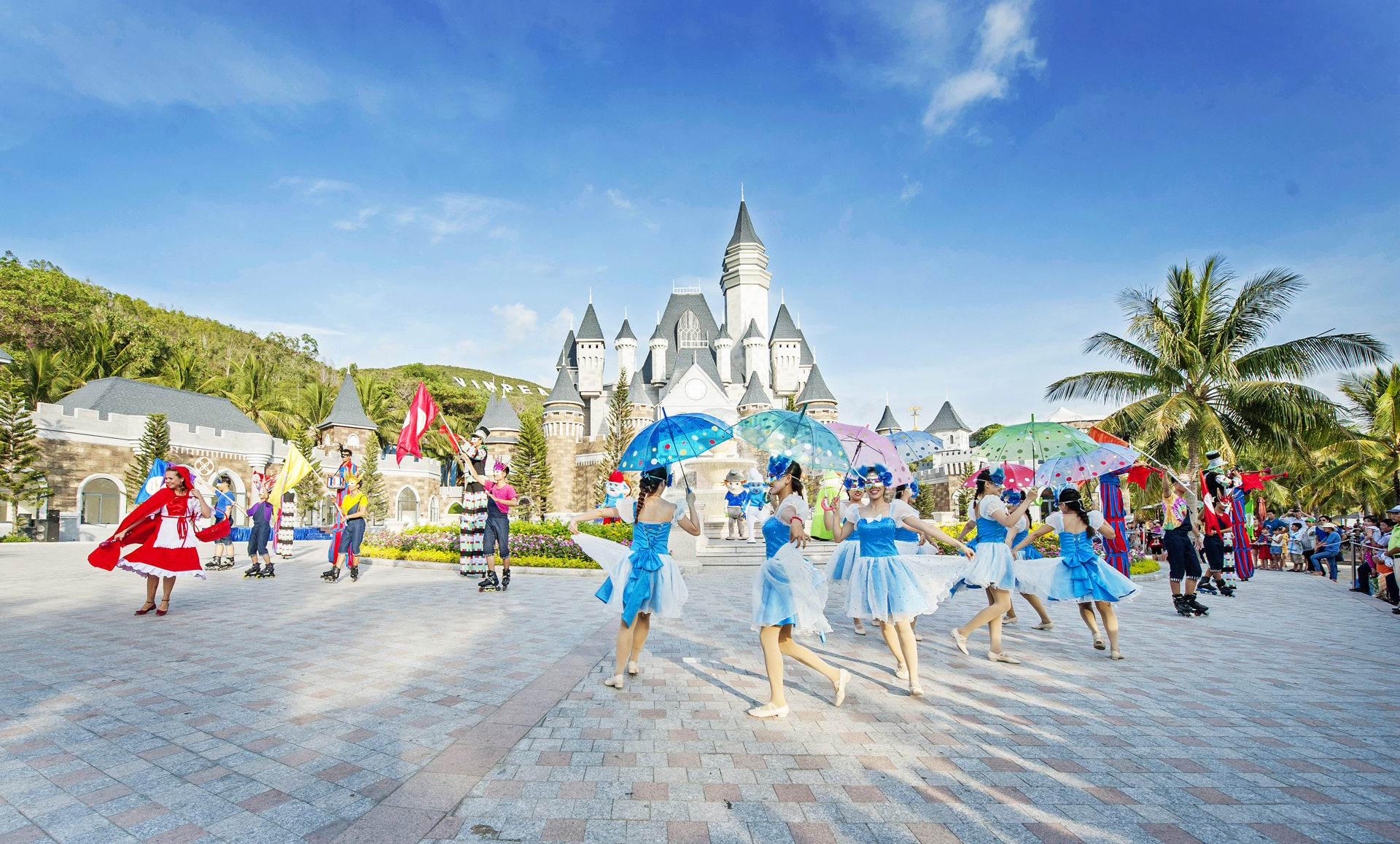 Meeting the expectations of many tourists, Vinpearl Land Nha Trang has brought the European street makeup festival “the most right way” to Vietnam.

Carnival Street Carnival originated in Rome, Greece and quickly spread to European countries as well as the whole world. Carnival is attractive by excitement, splendor and can draw thousands of spectators to join, creating an extremely jubilant, bustling atmosphere. And now, the bustling world of masquerade, the stilt characters, the elves, the princess, the cigar … the famous fairy-tale characters of European color with elaborate costumes, The most magnificent was present at Vinpearl Land Nha Trang, becoming a highlight to attract tourists every afternoon on the pearl island.

Fishing Festival is a cultural activity of religious beliefs in the spiritual life of people in the sea, especially in the South Central Coast, originating from the custom of worshiping the Nam Hai Sea.

The festival is held on June 14 every year with the culture of the people of the sea, including many rituals and ceremonies such as: Nghinh Ong ceremony, Ong Nam Hai procession from the sea to the mausoleum, procession and ritual. the formula to enter the tomb, dating the director, Te Chanh ceremony …

Every summer is also the time when the tourists start flocking to Nha Trang, a tourist destination that is so familiar to millions of domestic and foreign visitors. At the same time, at Monkey Island (Hon Lao), the island is home to more than 1200 monkeys, a monkey festival has been held by Long Phu tourism company to serve tourists as well as an opportunity to Monkeys on the island have the opportunity to unleash their fruit with their favorite foods.

Monkey Festival is held in the fruit painted a fake mountain on Monkey Island 225m2 wide, 10m high reproducing the image of a mountain of fruits associated with the monkey kingdom in the Journey to the West. With the focus of the show is the monkey king circus by actors dressed as monkeys along the coastal road on the island to painted fruits. Immediately after placing the monkey king on the top of Hoa Qua Son, the special dance performances showing the funny and mischievous spirit symbolize the characteristic personalities of the monkeys that have been performed by the actors of Long Tourism Joint Stock Company. Phú showed quite elaborate, beautiful and colorful. The performances, fruitful dance and dance also showed a thirst for a green environment. In addition to the exchange program with visitors, a fruit party for the monkeys is held spectacularly. Hundreds of monkeys have attended a fruit party for themselves before the surrounding of tourists to Monkey Island.

Coming to Nha Trang Khanh Hoa on the 10th of the 5th lunar month, tourists in Nha Trang also have the opportunity to participate in the Salanganes’Nest Festival – a unique festival of Khanh Hoa that attracts people from all directions to attend. With many profound humanistic meanings associated with the long-standing traditional profession in Khanh Hoa, the bird’s nest festival has really come into the minds of many people. 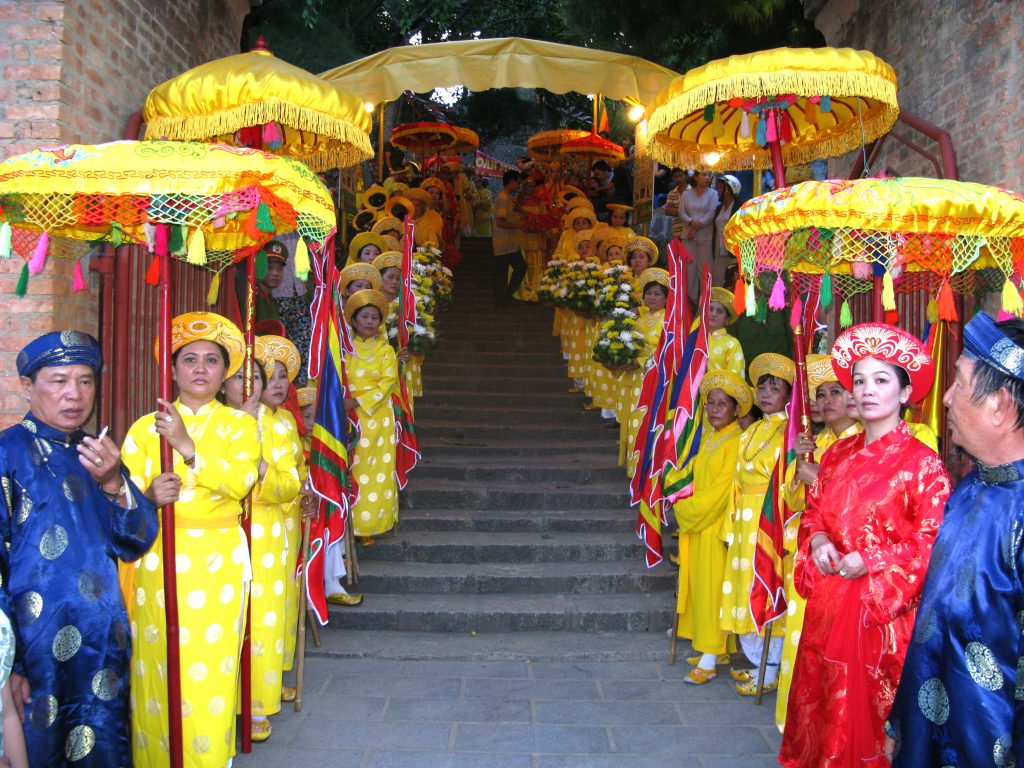 Every year on March 20 – 23 of the Lunar March (May 5 – May 8, 2018), Thap Ba Festival takes place at the national historical and cultural monument of Ponagar Tower, on Cu Lao hill, in Vinh Phuoc ward, Nha Trang city. In addition to the Cham people in Ninh Thuan and Binh Thuan participating in the festival, there are also the participation of the Kinh (Vietnamese) and some other ethnic minorities in the provinces of the Central region and Central Highlands: Da Nang, Quang Nam. , Phu Yen, Dak Lak, Gia Lai, Lam Dong, Thua Thien – Hue …

At the Nha Trang Beach Tourism Festival, guests will be able to participate in culinary cultural fairs, fairs and tourism exhibitions with a variety of art performances.

Coming to Nha Trang Beach Tourism Festival, visitors will be able to participate in cultural and artistic activities typical of major cultures such as Vietnam, Japan, South Korea, Russia, China and many more performances. from other countries like USA, Mexico, India.

How to Get un Bachelor to be in Down

Creating get in touch with in internet dating : come fare non Fastidioso